Congratulations to Landscape Photo of the Year contest winners for 2019! Our World In Focus' premier landscape contest had entries from over 45 countries. Images depicted some of the finest landscapes on Earth with some of the most incredible lighting and weather conditions imaginable. It was obvious that all entrants were extremely dedicated to capturing their images. The winning images stood out due to exceptional composition and technique.

We want to thank all of the entrants to this year's contest! The contest was made possible by the generous support of our sponsors, including Tamron USA, Metalprints.com, Lens Pro To Go & Shuttermonkeys. 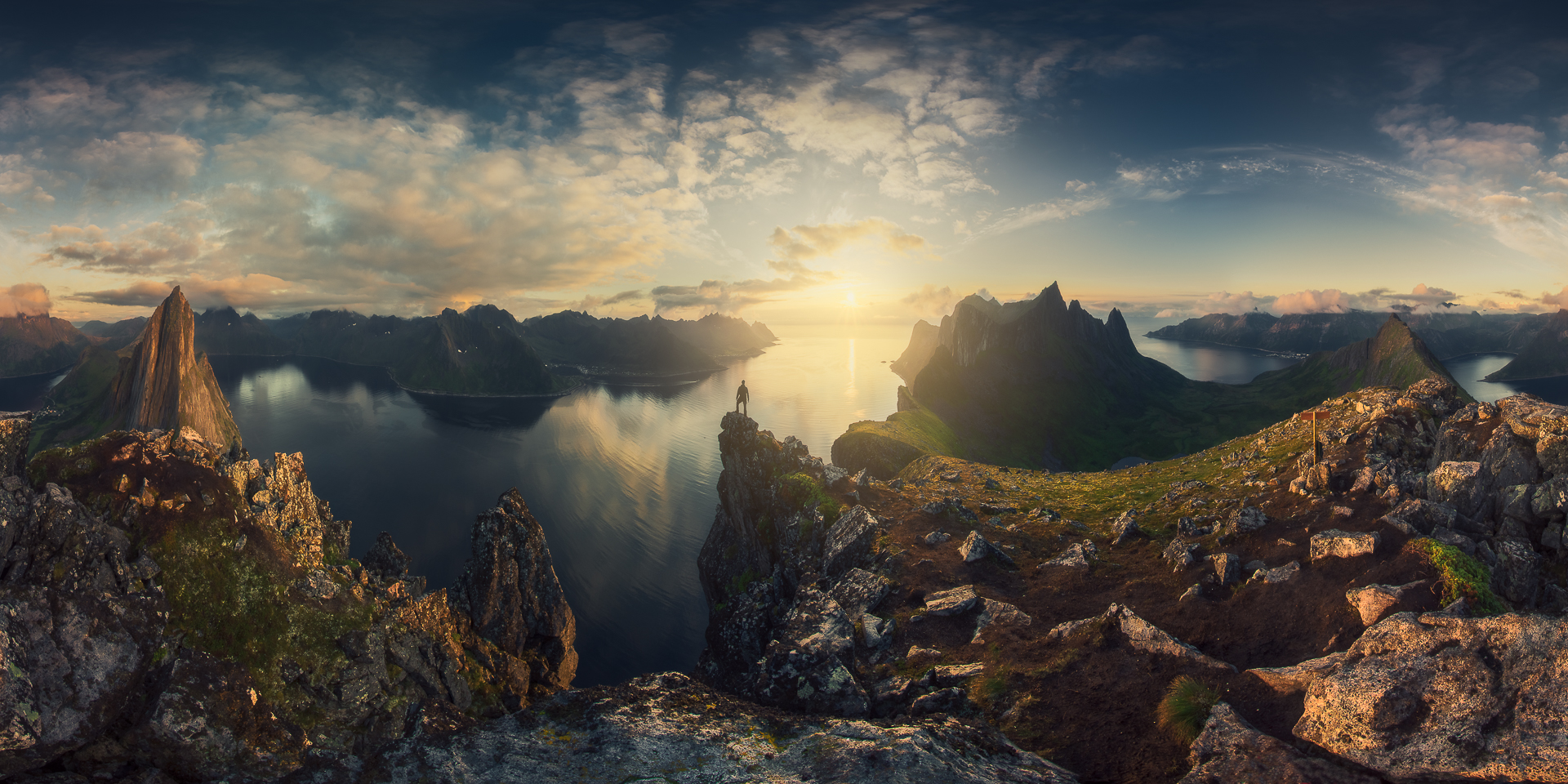 Just the First by Alessandro Cantarelli

Grand Prize Winner: Alessandro Cantarelli
Photo Title: Just the First
Photo Description: A 360-degrees panorama made on top in front of one of the most beautiful places I have ever seen and photographed: Segla moutain, in Senja island, Norway. I think there is no better place to shoot extreme panoramics like mine, i was really happy with this hike trip with Max Rive and Daniel Kordan.
Judge's Note: This photo has a dynamic composition and excellent light and color. I especially appreciated the placement of critical visual elements within the composition, such as the sun setting in the middle of the fjord. The hiker at the top of the rock is the icing on the cake! ~Ian Plant
Prize: Total Value = $3,800
• $2,000 Cash
• Tamron 2.8 G2 Lens
• Shuttermonkeys Ultimate Landscape Photography Course
• 20x30" Metal Print by Metalprints.com
• $200 Lens Pro To Go Credit
Follow: See more of Alessandro's work. 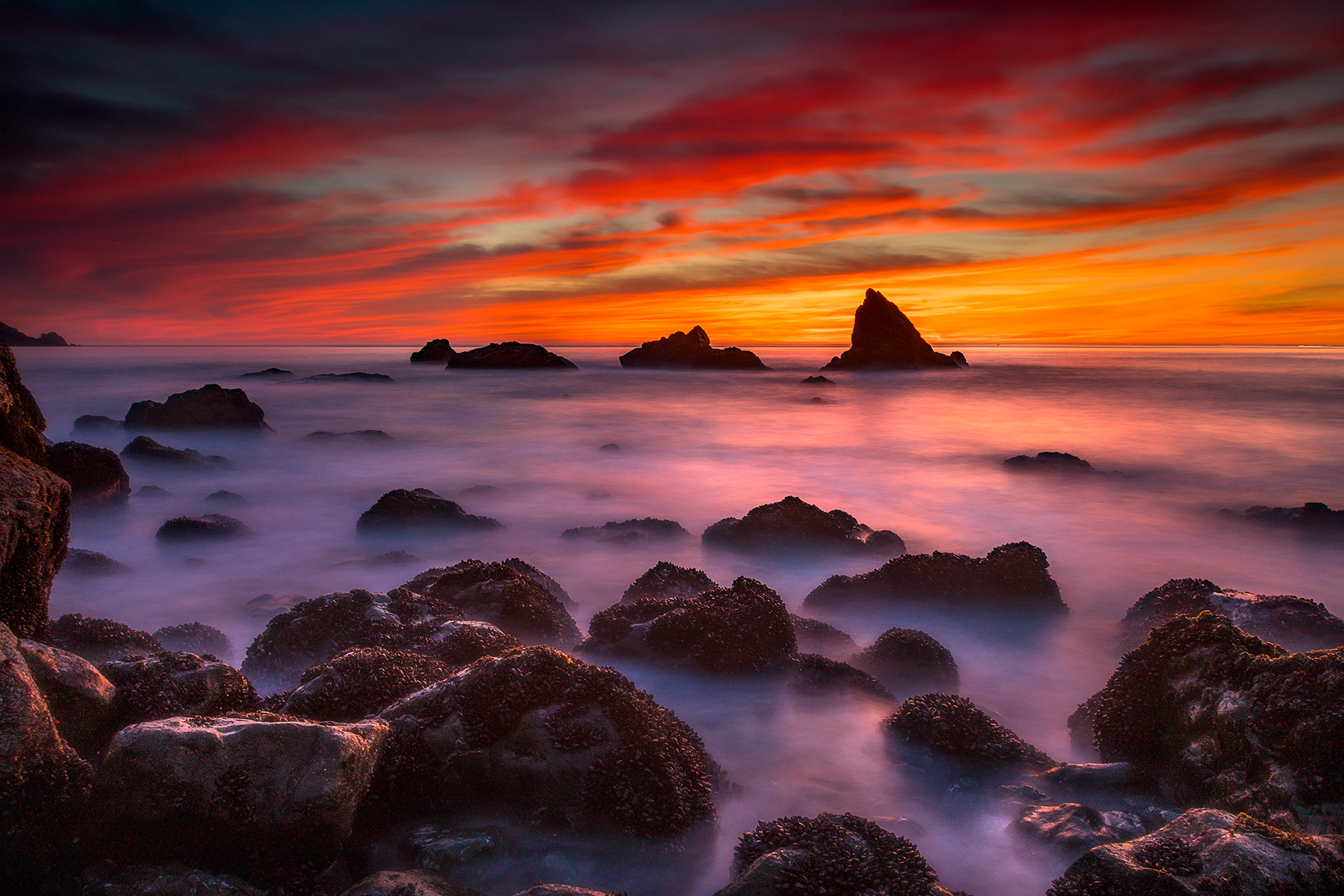 2nd Place Winner: Joseph Dondelinger
Photo Title: Oceans Fire
Photo Description: This was my most adrenaline pumping landscape shoot because I was on the verge of being pummeled by waves at this unique little peninsula I found in Pacifica, California. I was also really lucky to capture such a vibrant sunset during a low tide.
Judge's Note: This photo has great color and clouds. The long exposure blurs the moving water, emphasizing the foreground rocks which help give the composition depth. ~Ian Plant
Prize: Total Value = $750
• $500 Cash
• Shuttermonkeys Ultimate Landscape Photography Course
• 16x24" Metal Print by Metalprints.com
• $100 Lens Pro To Go Credit
Follow: See more of Joseph's work. 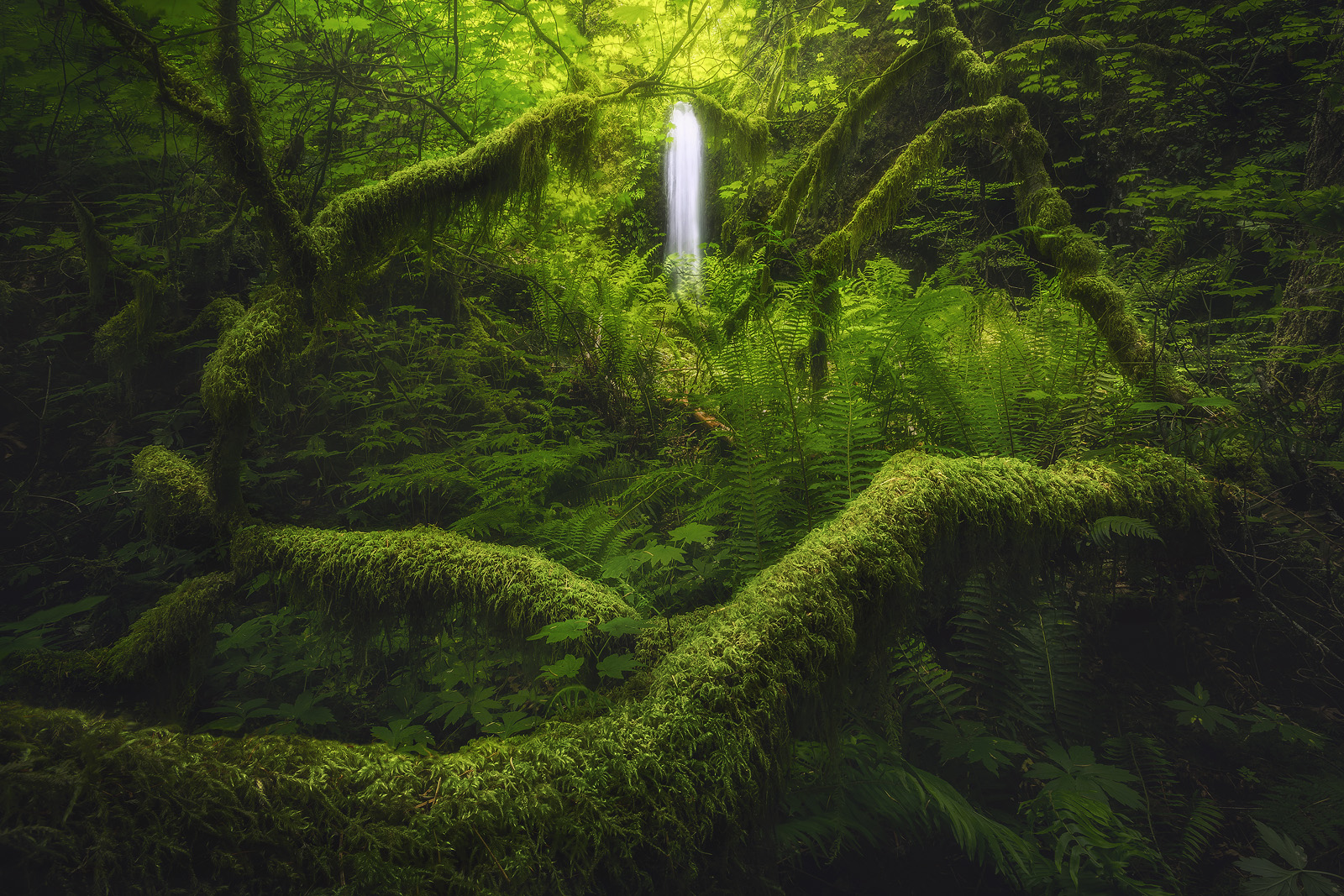 3rd Place Winner: Peter Coskun
Photo Title: Serenity
Photo Description: Lush vine maples frame a waterfall in Oregon's Columbia River Gorge. This was my first trip to the area in hopes of photographing lush spring greens and waterfalls. It turned out that this particular year, things were a little drier than normal resulting in lower water flows to the areas I visited. I actually did not plan on heading to this particular area on this trip, but a friend who was in the area mentioned they were going and asked if I wanted to join them. I figured I would check it out since I am in the area and at least be with a couple other people to hike in. As we made our way down to the creek, I was disappointed in the lack of water. It was an area which was made popular among photographers mostly shooting identical compositions. Not wanting to really replicate what was already shot here, I debated whether or not to shoot at all. I was already down here, so I wandered around a bit and crossed the creek when I came across this perfect vine maple framing the waterfall. It was one of those scenes you imagine and visualize in your head of what you actually expect to create and it was right in front of me. Of course, it would be quite a challenge to organize the scene. I shot a number of frames to focus stack later on as my wide angle lens was nearly touching the mossy branch. It took a lot of time in post to get the colors to be just right as I did not want everything to be uniform, so color separation was quite a pain with such a lush scene. After it was all put together, I knew this shot would be something special. Unfortunately, since I made this image, I have heard that much of the moss had been nearly stripped off the tree and later that year the Eagle Creek fire swept through the gorge...
Judge's Note: I really love the vibrant color and dynamic symmetry in this composition. The visual design is well-balanced, but still energetic, keeping the viewer's eye moving. It is easy to get lost in this composition! ~Ian Plant
Prize: Total Value = $350
• $250 Cash
• Shuttermonkeys Ultimate Landscape Photography Course
• 12x18" Metal Print by Metalprints.com
• $50 Lens Pro To Go Credit
Follow: See more of Peter's work. 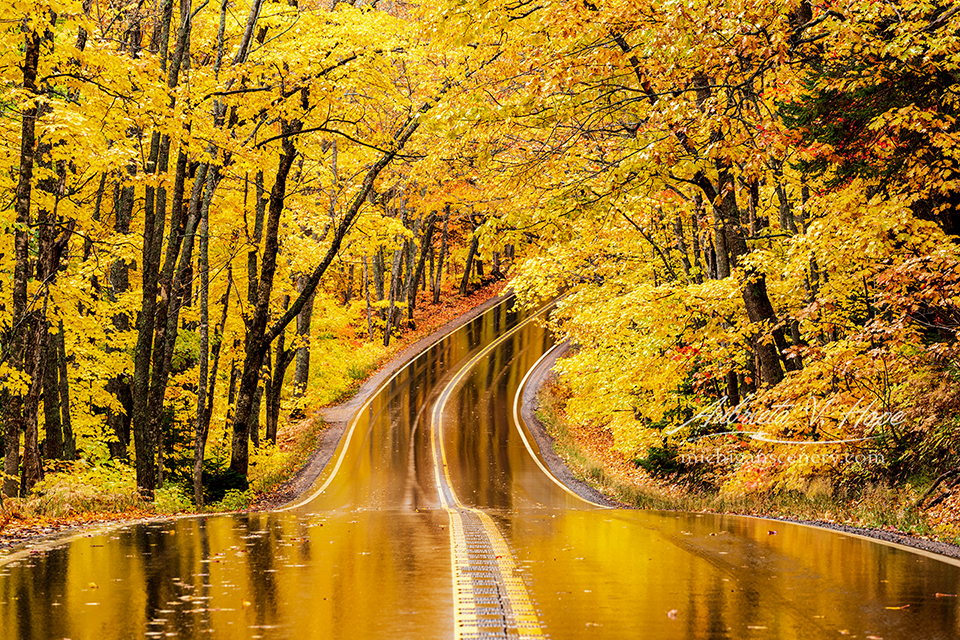 4th Place Winner: Aubrieta V. Hope
Photo Title: Autumn Gold
Photo Description: I shot this scene on a snowy October morning along US-41 near Copper Harbor, Michigan. The icy conditions turned this winding, narrow road into a mirror that perfectly reflected the peak fall color. These extraordinary conditions lasted just a short time which was probably fortuitous as it was a little risky to dodge traffic with my camera and tripod during a snow squall.
Judge's Note: A road winding through autumn color is nice enough on its own, but the reflections really put this one over the top. The result is a unique and colorful photo. A fresh take on a classic subject is hard to do, but it is well done here! ~Ian Plant
Prize: $150 Cash
Follow: See more of Aubrieta's work. 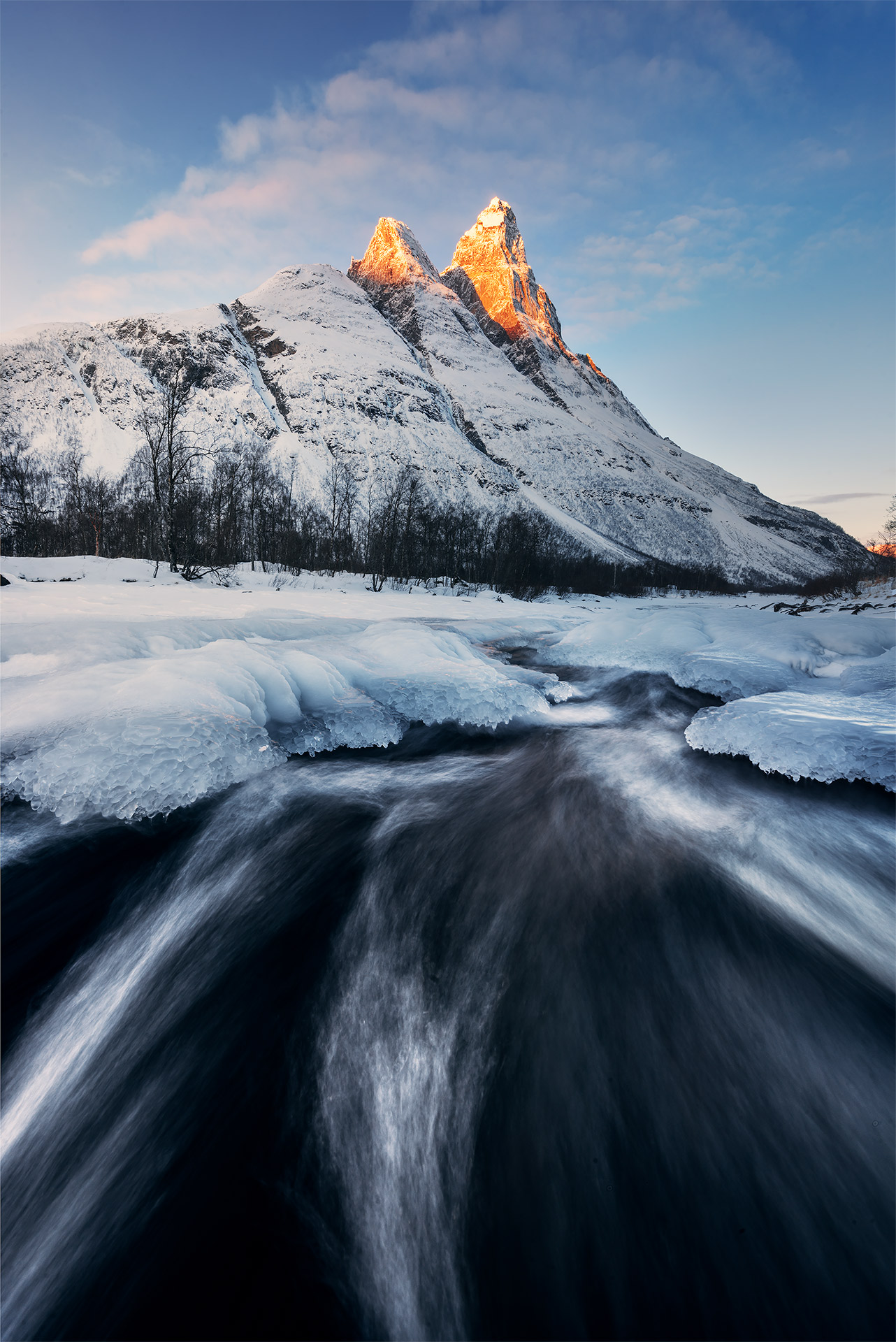 5th Place Winner: Leonardo Papèra
Photo Title: Il Tridente di Poseidone
Photo Description: That morning has been without any doubt one of the coldest of the entire trip; when I arrived on the location, the car was indicating a staggering -24C degrees.. Not bad, eh? The mountain in the frame is called Otertinden, and even if it’s not famous like the classic Lofoten shots yet, it’s nothing that you probably have never seen before.
Judge's Note: I really like how the lines created by the long exposure of the flowing water lead the viewer's eye deeper into the scene. The diagonal line created by the clouds above the mountain peak help complete the viewer's journey. This photo successfully combines distinct but related foreground, middle-ground, background and sky areas. ~Ian Plant
Prize: $100 Cash
Follow: See more of Leonardo's work.

The Dark Hedges by Judith Kuhn 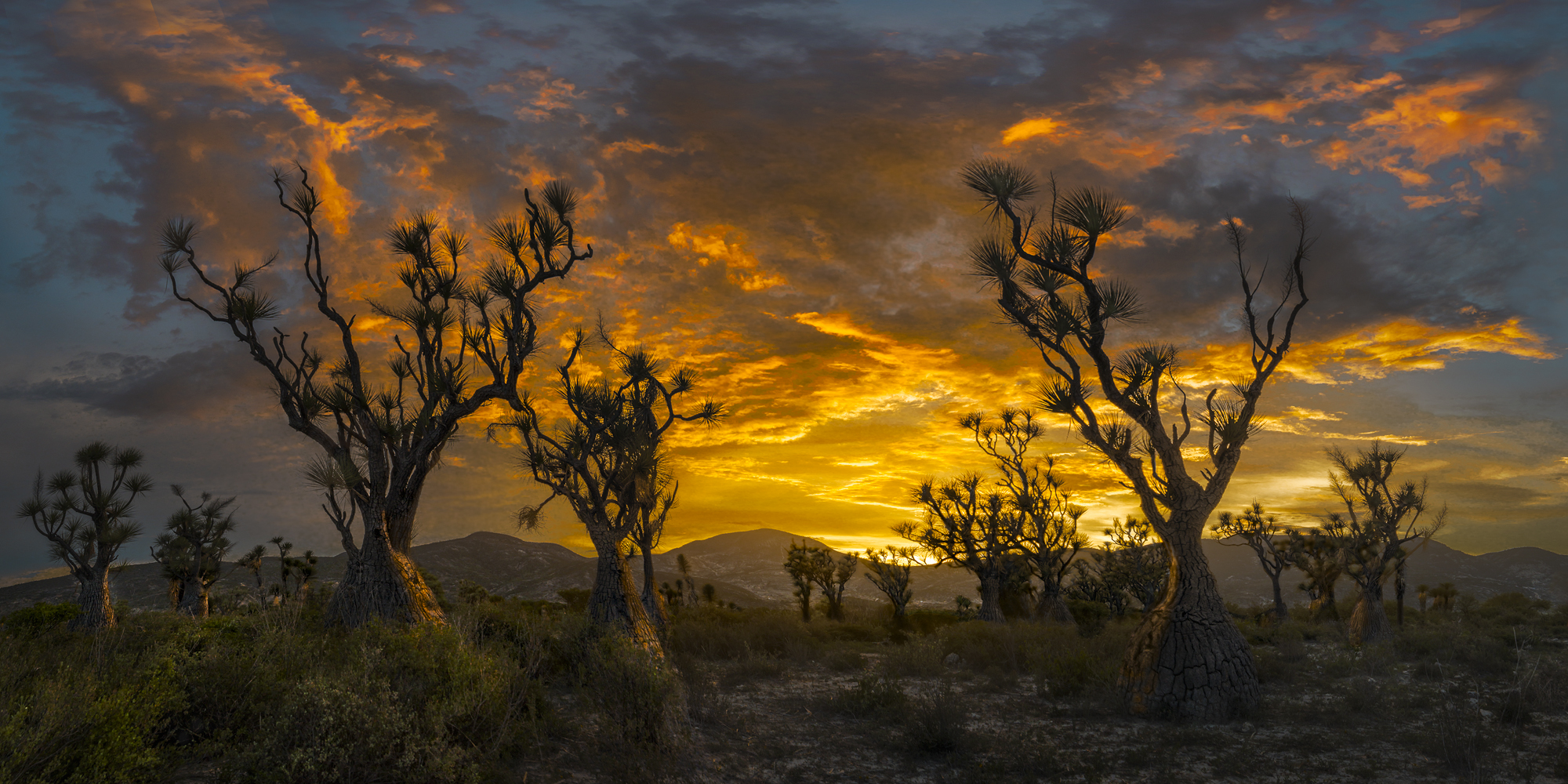 Sotolines After Sunset by Luis Lyons 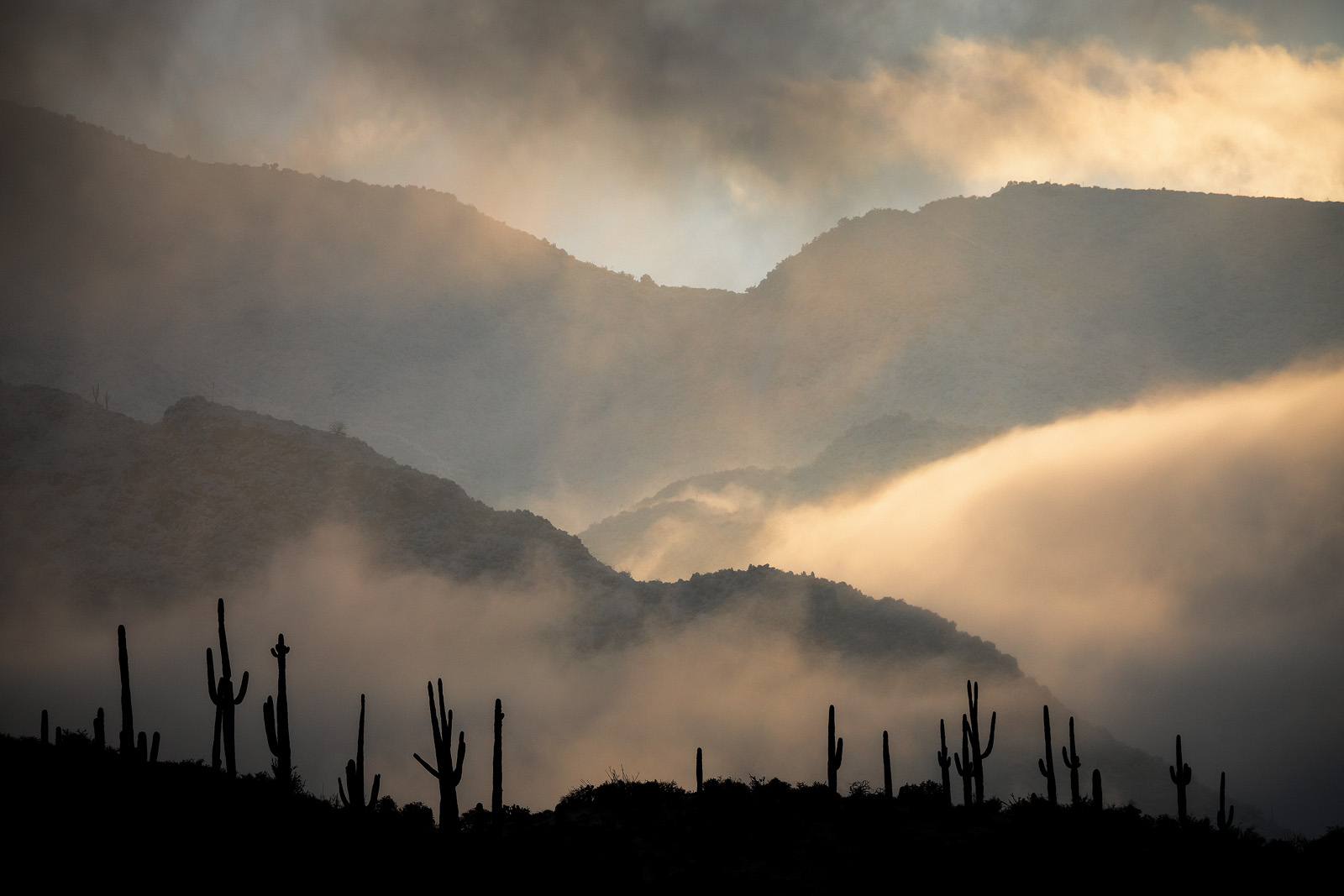 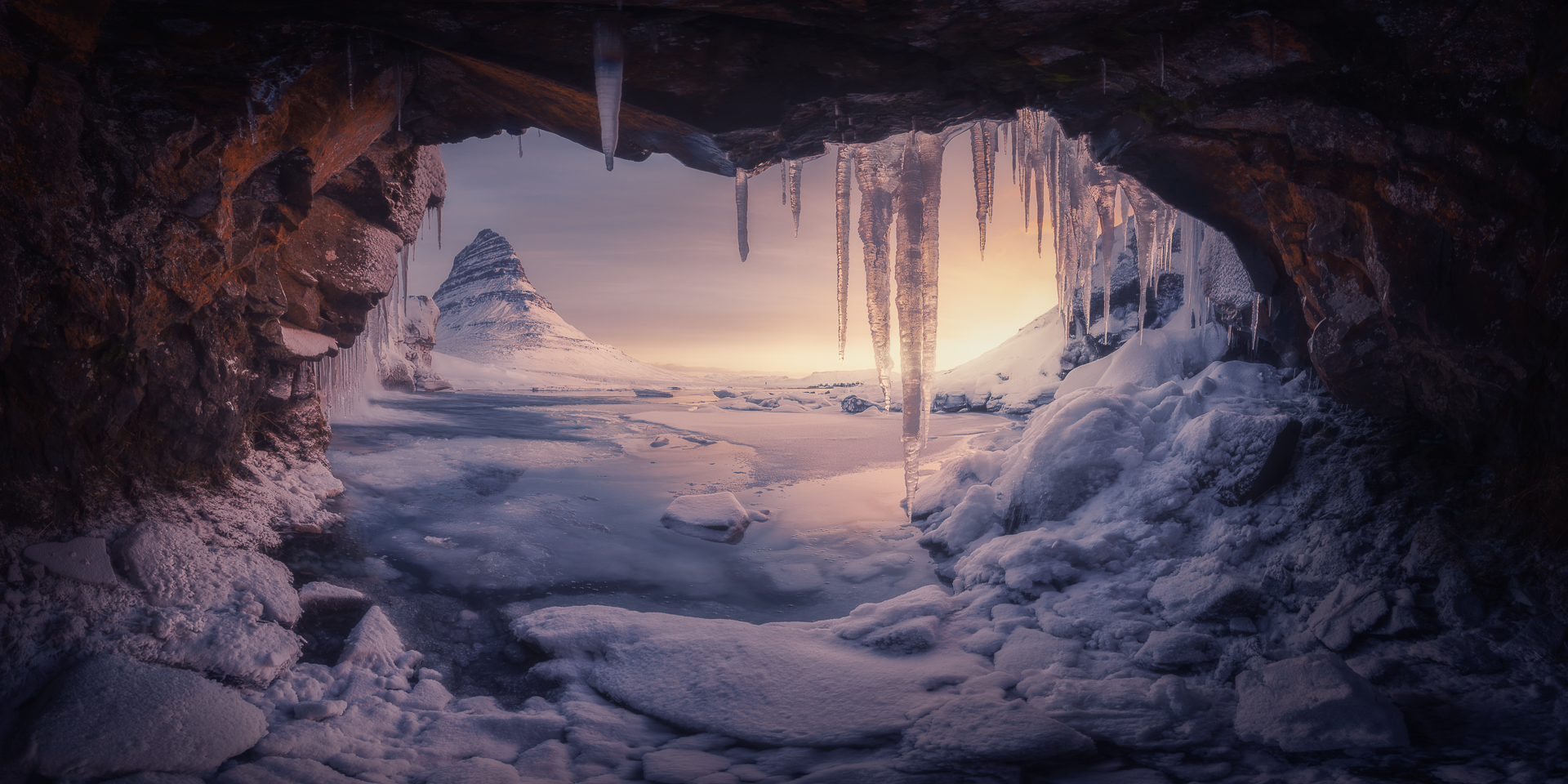 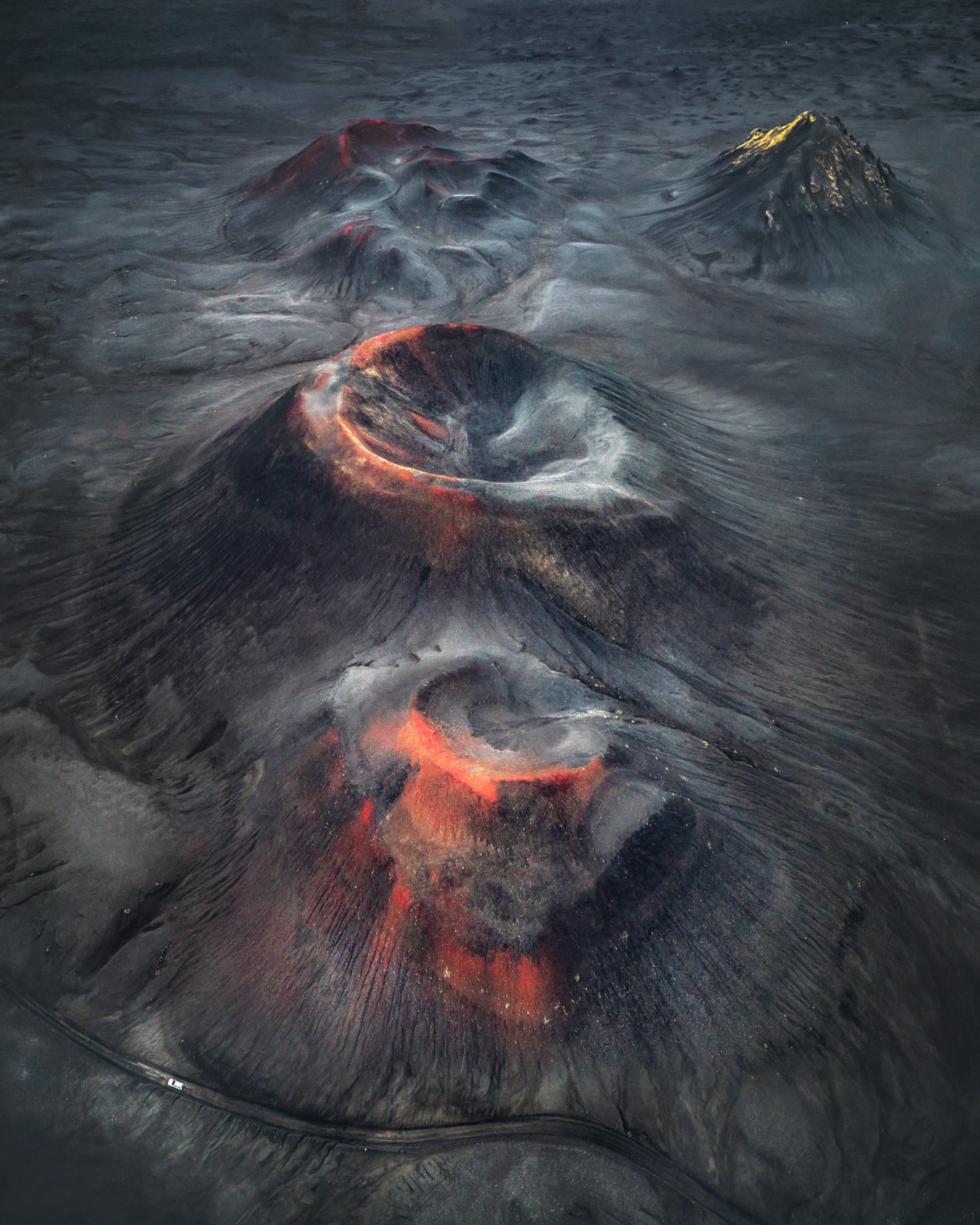 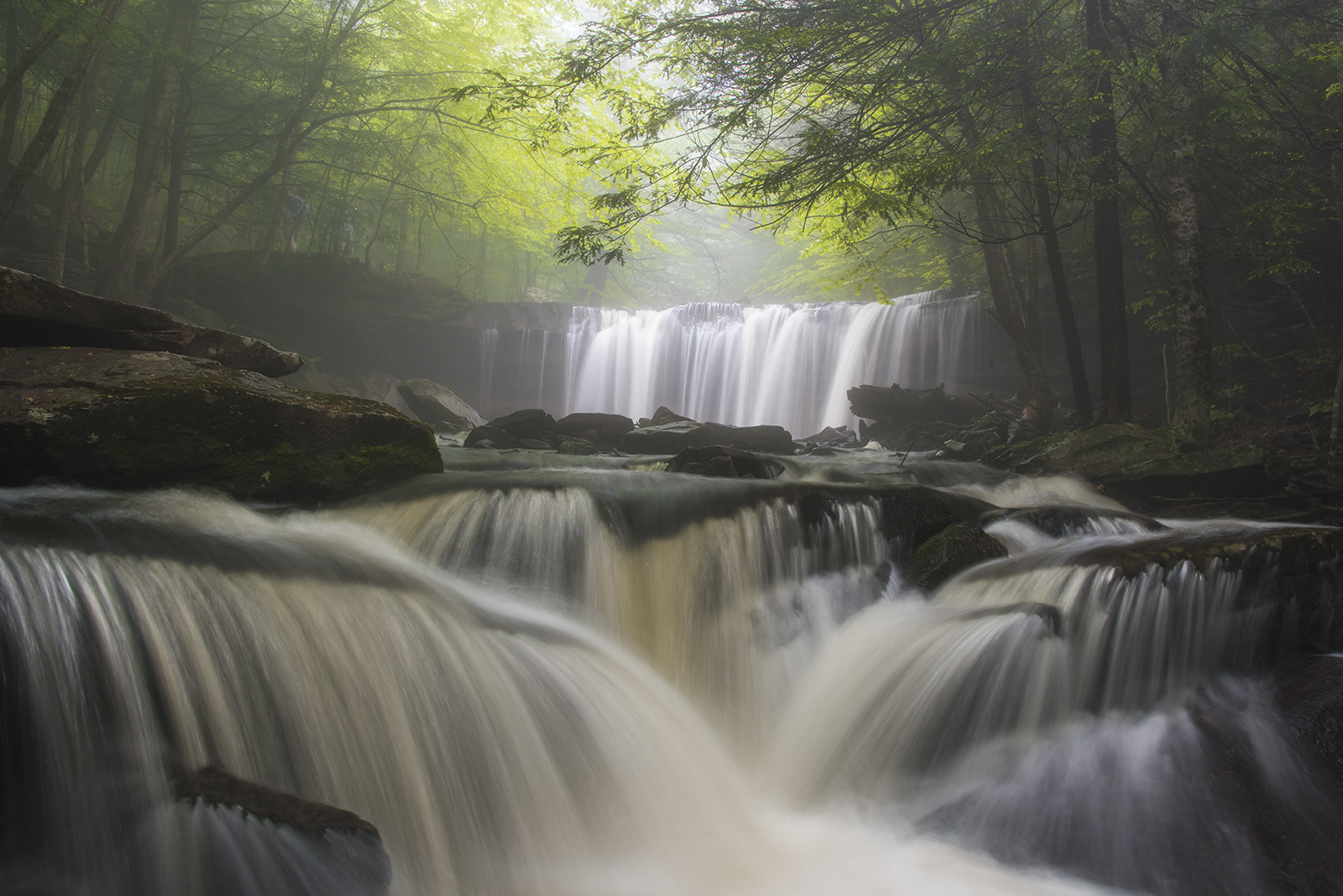 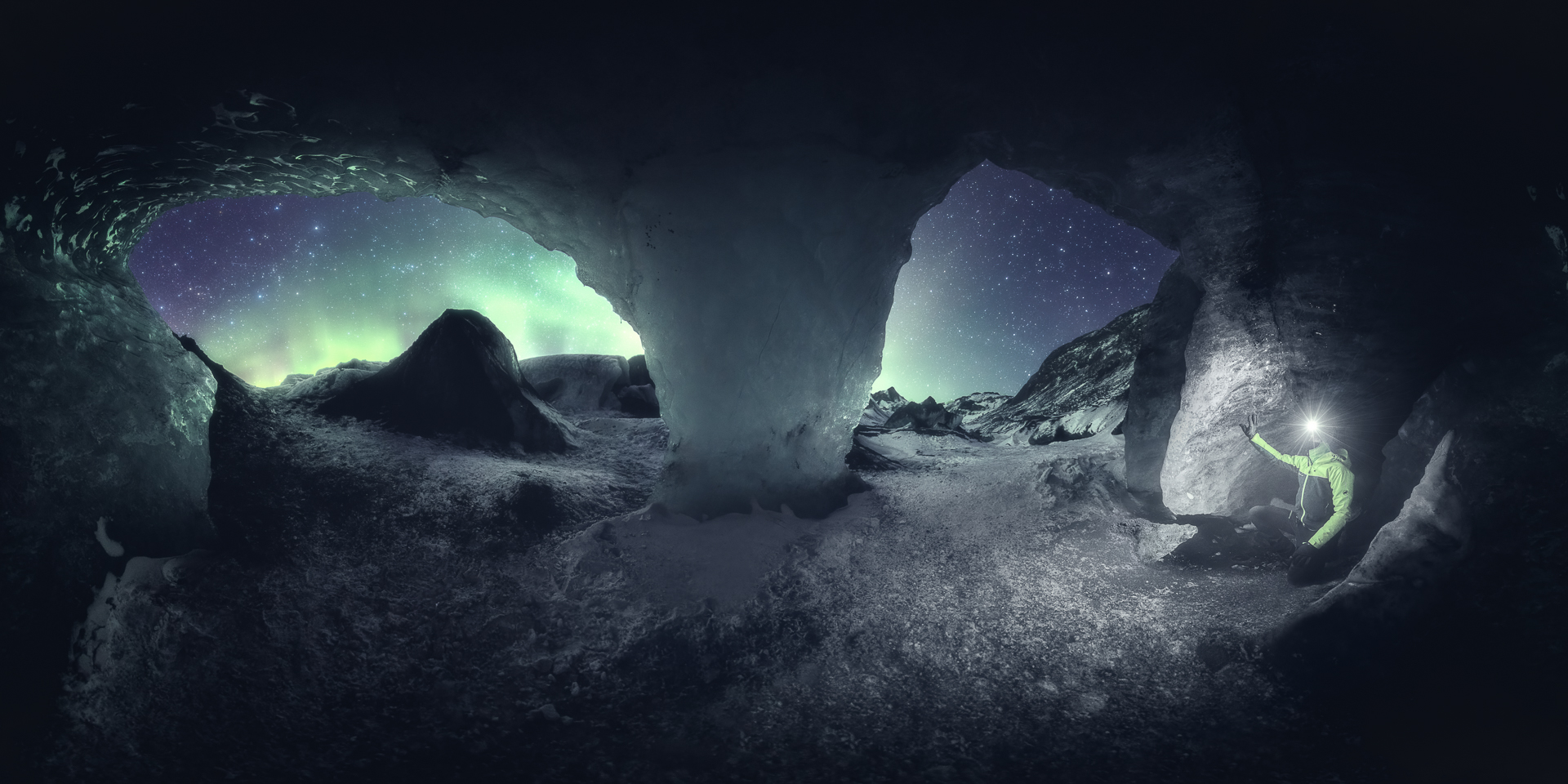 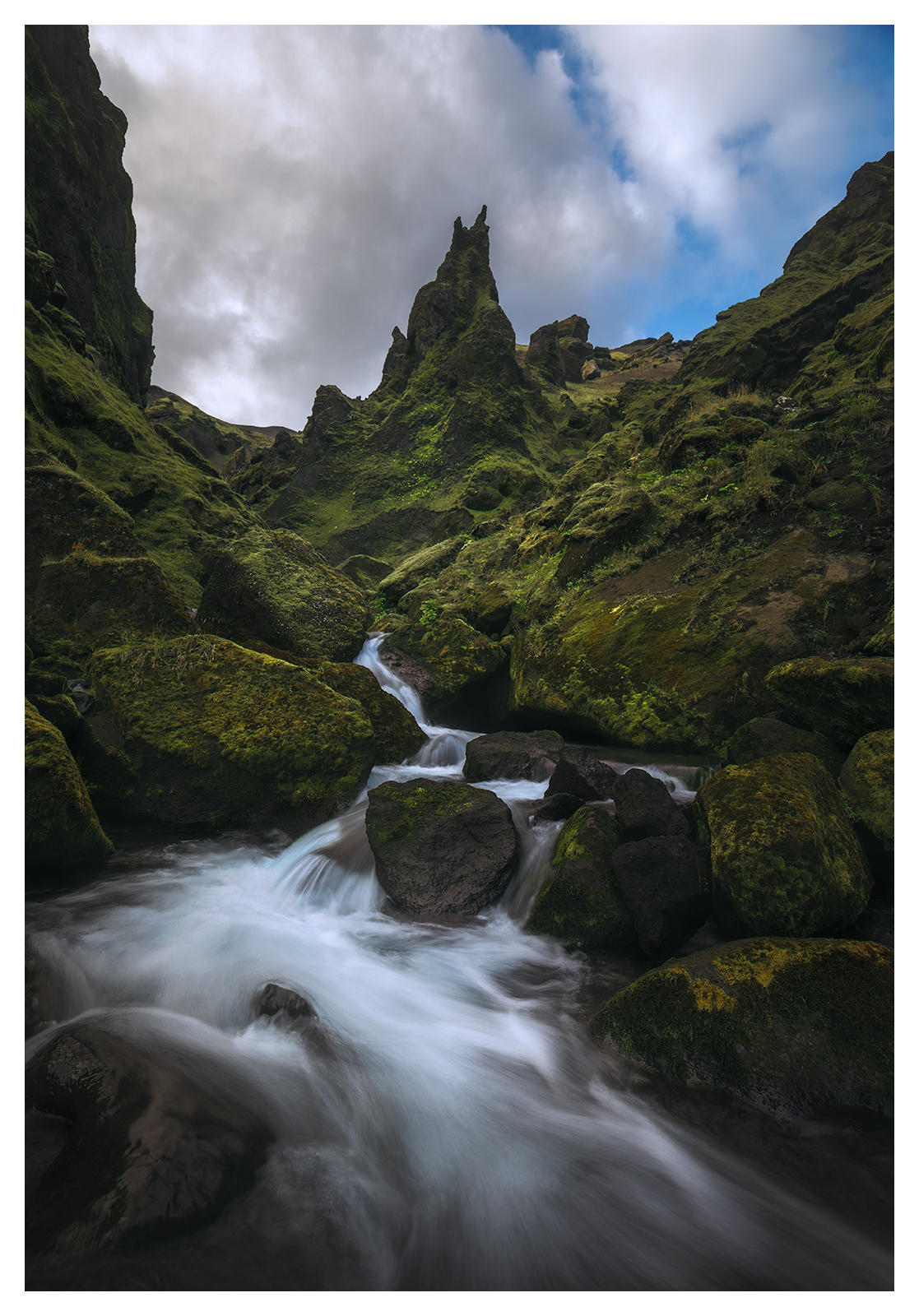 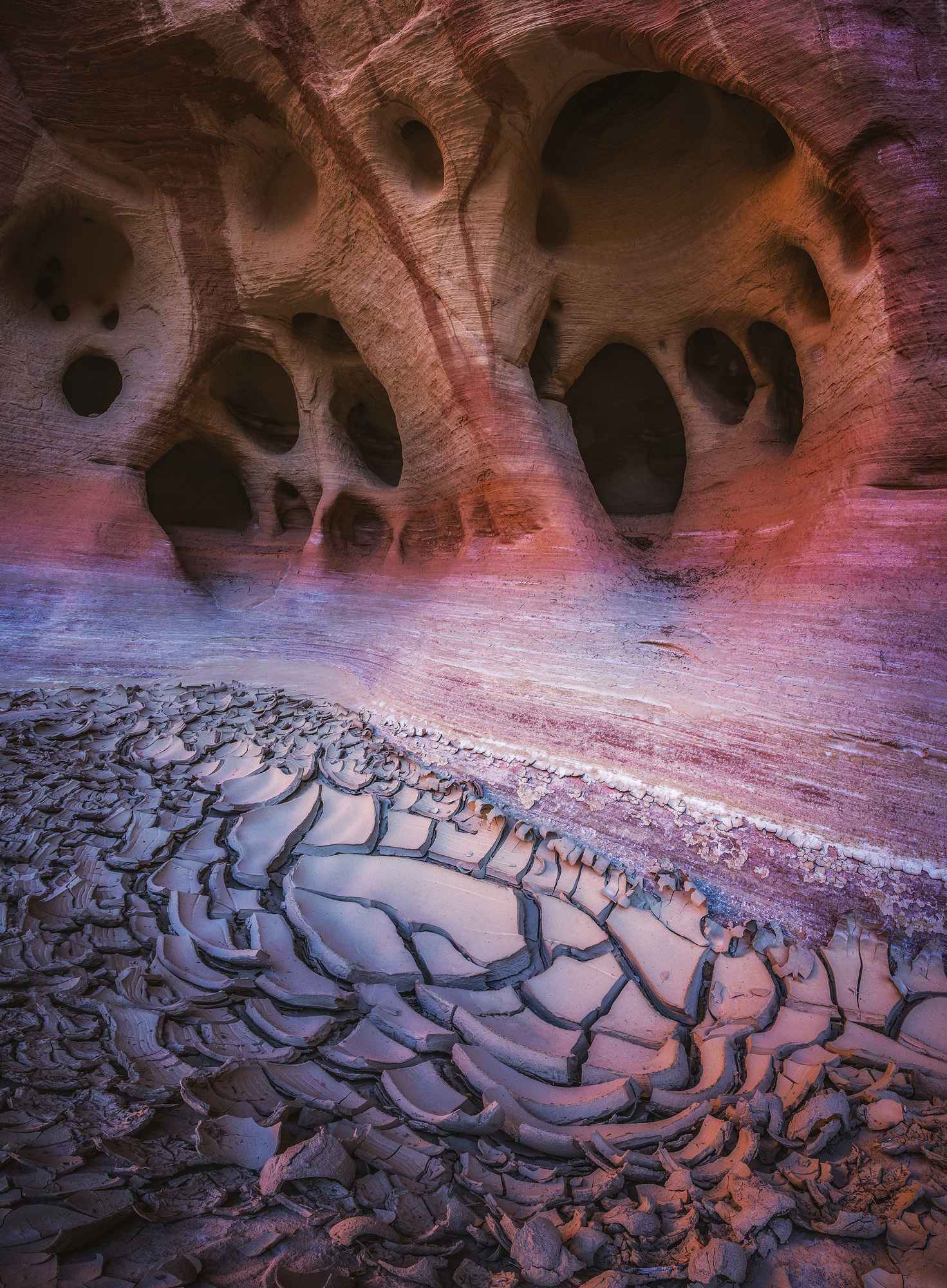 Thank You to Our Sponsors

Top Reasons to Enter Our Contests

Awards to the top 5
participants in each
and every contest

We only utilize judges
that are elite level
photographers

Our contests are meant
to be accessible by
everyone